2 Chainz called out Nike and designer Tinker Bell for the new Valentine’s Day colorway of the Zoom Fly SP runners. Just like he called out Ariana’s “7 Rings” video, anyway Chainz thinks that Nike used the idea from Pretty Girls Like Trap Music without credit, consent or compensation.

On Instagram, he let the Swoosh know he thinks his album color inspired their recent release. He wrote, “I’m happy I could influence you guys to make this shoe based off my last album #PrettyGirlsLikeTrapMusic… I met a few really good and cool [Nike] reps in Charlotte this past weekend and look forward to speaking to someone soon about this!”

The similarities between the light pink sneaker with graffiti-like scribbles and 2 Chainz’s album art is obvious -- but that doesn’t mean it’s a complete rip-off. The new sneaker actually features a combination of elements that have been featured on past models dating back to 2008.

So Jussie Smollett staged that attack to try to boost his career and his salary, according to Chicago police.

Chief Eddie Johnson told reporters this morning that the Empire actor was unhappy with how much he makes on the show. Smollett first tried sending a threatening letter to producers, and then paid two brothers who'd appeared on the show to make it look like he'd been attacked by racist Trump supporters. 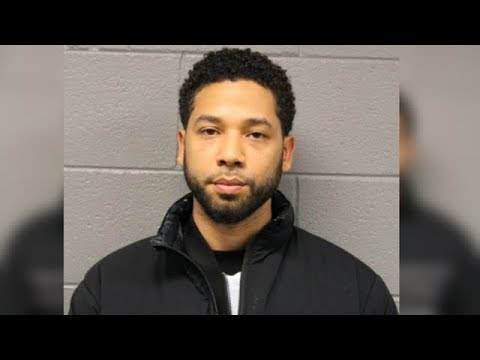